Colony-Bold is a freeware foretaste of the Colony commercial font family from N9.
It started as a diversion on the movie titles of Peter Hyams' "Outland".
It was originally designed in 1995 for a record sleeve, and released as a freeware font in 2000 as "Outlander Bold" (as a double hommage to the movie and to techno-house artist Marco Salon).
Now available as a font family, it has been renamed Colony as in the meantime FontFont released its own Outland-inspired font - btw a much more direct copy of the font used in the film, while Colony has its own logic that provides a truly original interpretation of the octagonal idea.

"Colony has been dramatically improved in many points compared to N9's Outlander-Bold, and intends to offer a much better and original experience than many of the available typefaces of this kind you may find elsewhere." - Guillaume

The commercial release includes 4 variants, fully accentuated and with all required diacritics and signs and can be found at
http://www.n9.fr.
Enjoy ! 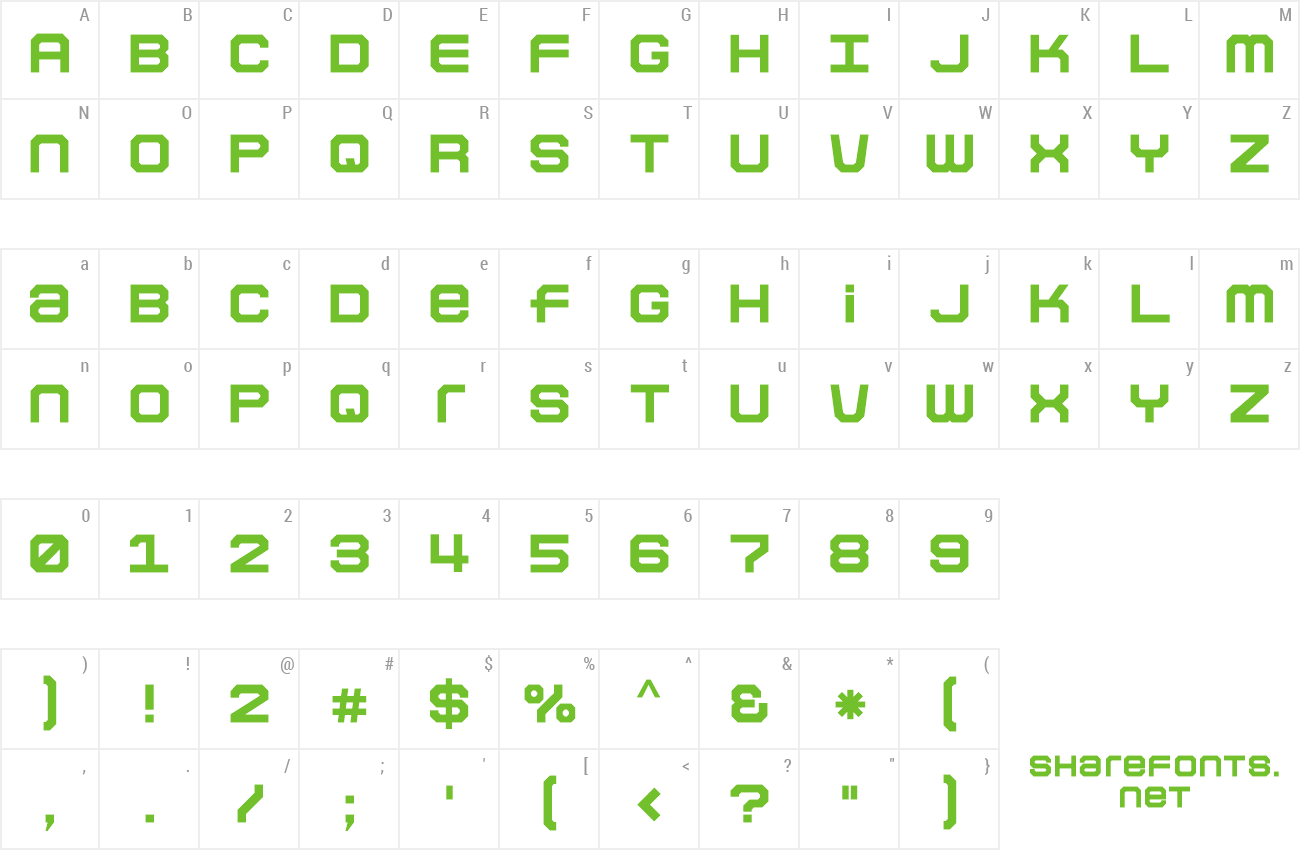