� Letters From The Claw - Freeware! Distribute freely or else!

Letters From The Claw

Grossout - All gross caps by The Claw Designed while The Claw recovered from the Flesh Eating Virus, Grossout is an all-caps-and-nuthin-else TrueType font that costs nothing. Since Your Emperor suffered gruesomely from a virus while creating this, he orders you to treat this font like a disease - give it to somebody whether they want it or not. Put it on a disk, approach your victim, cough in their face, then hand them the disk, saying "Here's a grossout from The Claw." This font is freely - in fact, it's mandatory - redistributable, but please include this li'l text file. For more gruesome font fun, visit the Empire Of The Claw:
http://www.mysite.com/empire

You can do anything - ANYTHING - with this font. 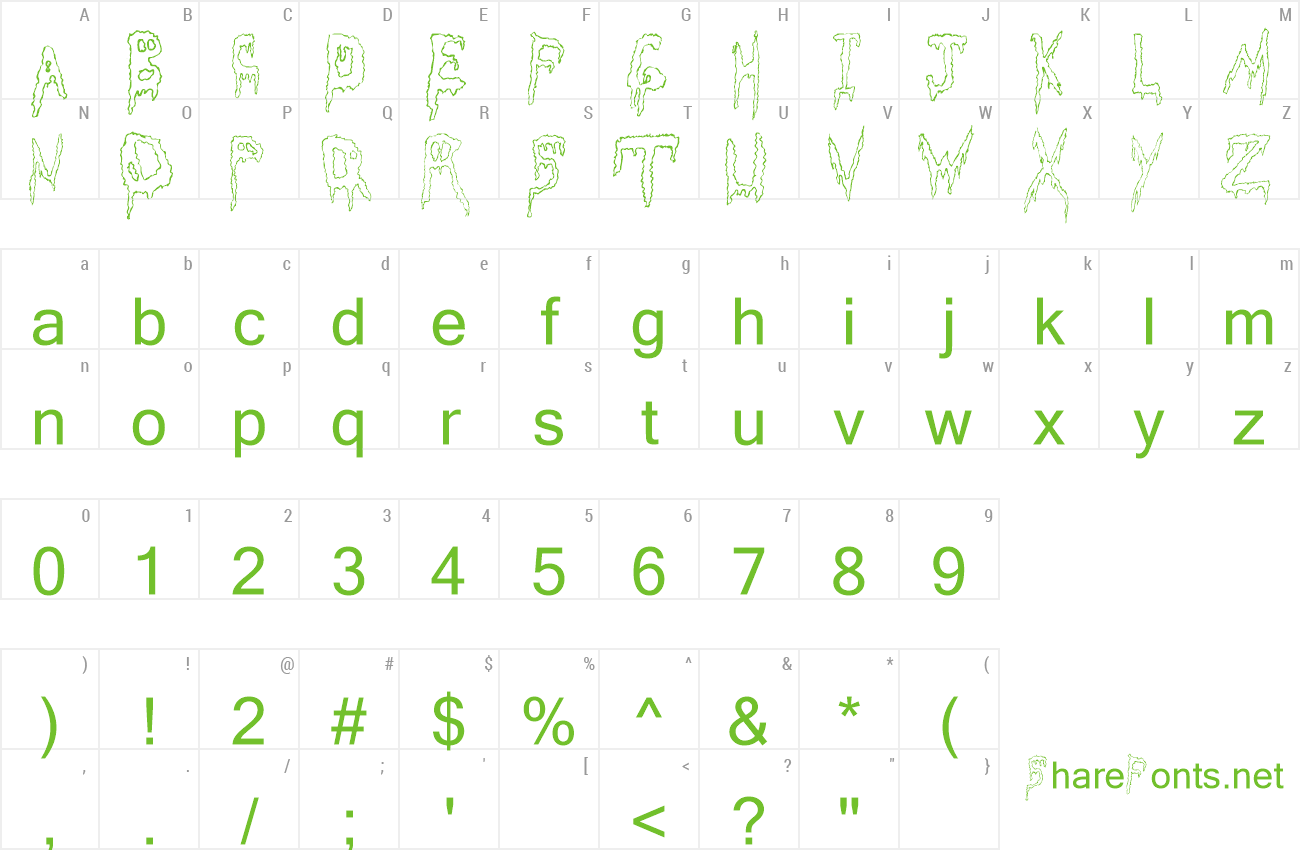