This was based on the fire protection piping in a recently renovated building that was an original feature. There are a variety of businesses that occupy this modern space, from produce markets and Argentinian Barbecues to boutique fashion and technology workshops to fortune tellers. This eclectic bunch seemed to have only one thing in common which was the piping to the sprinkler system which ran though out the ceiling, weaving in and out of beams and lighting.
I liked the idea of combining the structure of the pipes which dictated lot of the logistics of the font with the looses of the hand drawn aspect. I also like the idea of only having a lower case font as this seemed to go against the rigidness that the pipe dictated. I hope you enjoy it 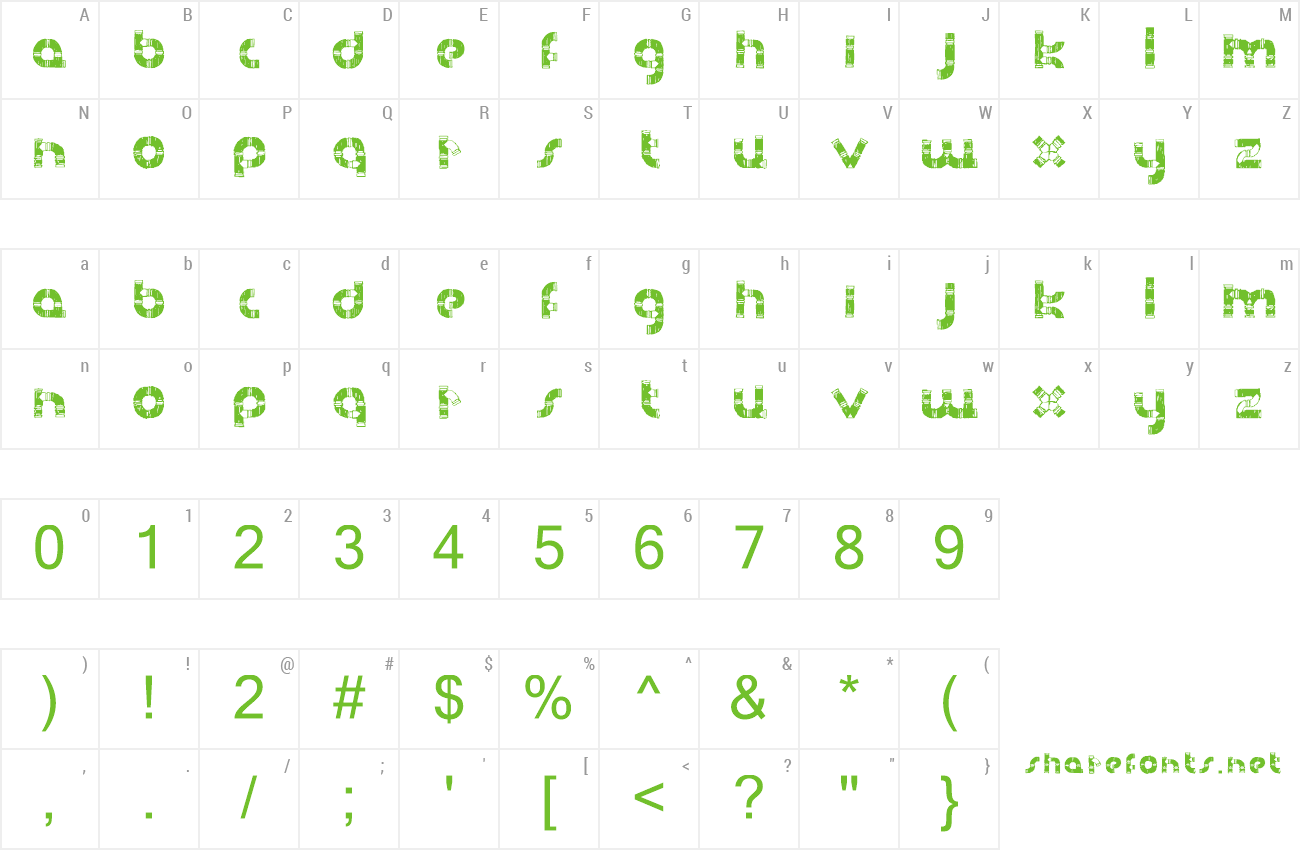