Jamboree is a minimalistic sans-serif pixel font recreation based on the original team and player name font appearing in the SNES versions of the video games NBA Jam, NBA Jam Tournament Edition, and NBA Hangtime, developed by Iguana Entertainment and Funcom, and released by Acclaim Entertainment and Midway Games between 1994 and 1996.

The character set of this font was greatly expanded with countless additional special characters, diacritic variants, unique glyphs and the like, each one of them designed to match the spirit and style of the original font design.

To recreate the original in-game appearance of this font, I recommend using font sizes that are multiples of 8pt and avoid any anti-aliasing or other font smoothing methods. 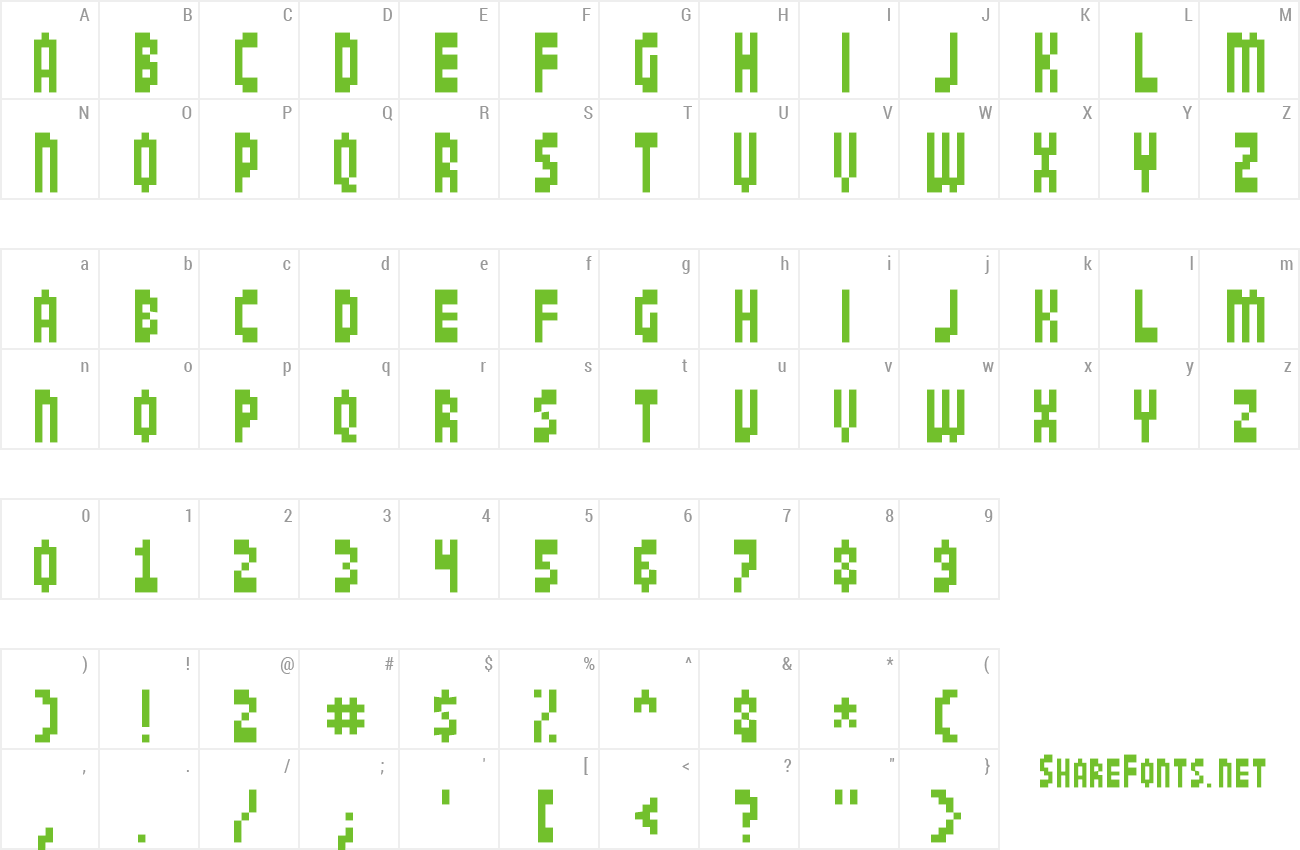