Lato SemiboldRegular2.006;tyPL;Lato-Semibold;1944;TR4-4.0.1.5099Lato SemiboldVersion 2.006; 2014-01-15Lato-SemiboldLato is a trademark of tyPoland Lukasz Dziedzic.tyPoland Lukasz DziedzicLukasz DziedzicLato is a sanserif typeface family designed in the Summer 2010 and extended in the Summer 2013 by Warsaw-based designer Lukasz Dziedzic ("Lato" means "Summer" in Polish). It tries to carefully balance some potentially conflicting priorities: it should seem quite "transparent" when used in body text but would display some original traits when used in larger sizes. The classical proportions, particularly visible in the uppercase, give the letterforms familiar harmony and elegance. At the same time, its sleek sanserif look makes evident the fact that Lato was designed in 2010, even though it does not follow any current trend. The semi-rounded details of the letters give Lato a feeling of warmth, while the strong structure provides stability and seriousness. In 2013-2014, the family was greatly extended to cover 2300+ glyphs per style. It now supports 100+ Latin-based languages, 50+ Cyrillic-based languages as well as Greek and IPA phonetics.
http://www.typoland.com/
http://www.typoland.com/designers/Lukasz_Dziedzic/Copyright (c) 2011-2014 by tyPoland Lukasz Dziedzic (
http://www.typoland.com/) with Reserved Font Name "Lato". Licensed under the SIL Open Font License, Version 1.1 (
http://scripts.sil.org/OFL).
http://scripts.sil.org/OFLLatoSemibold 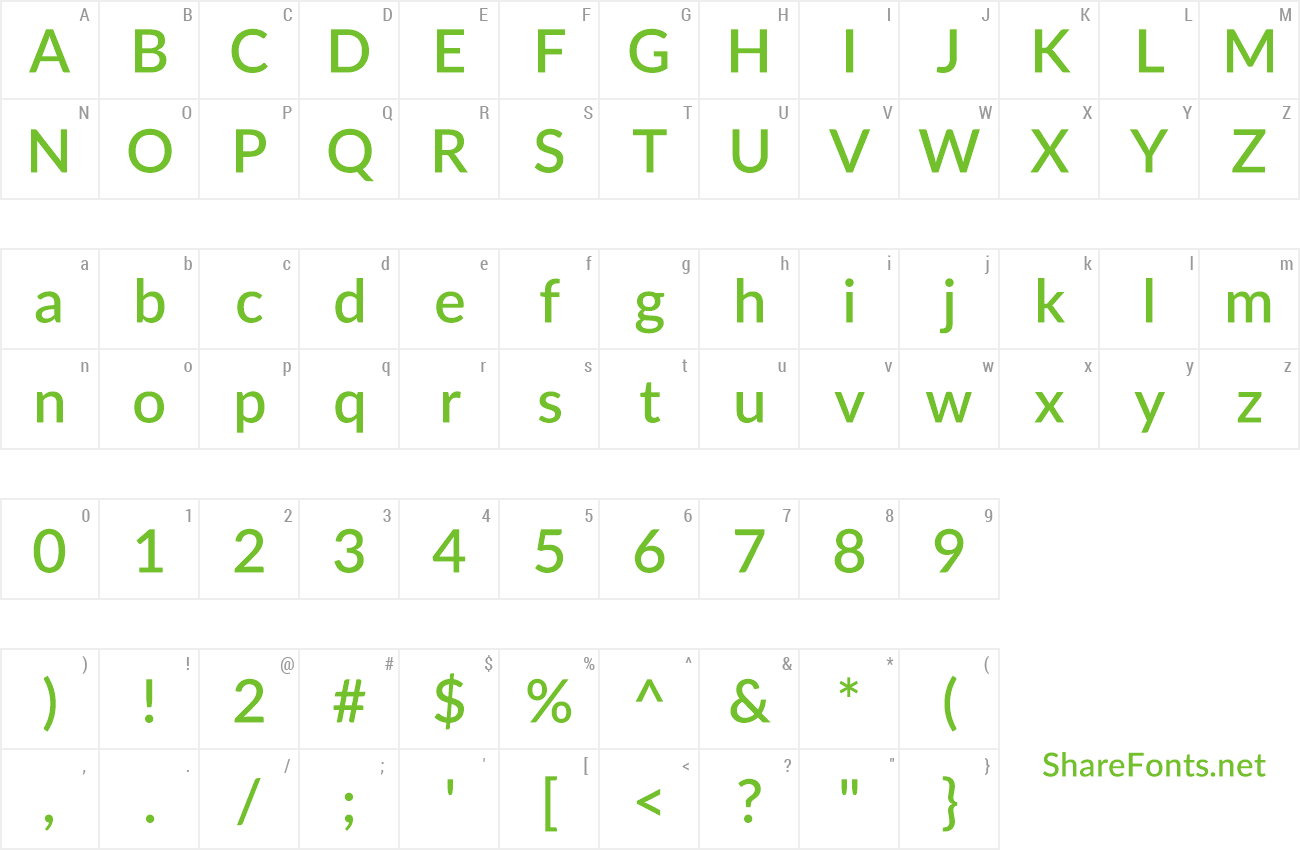