This font is the "stencil" version of my font Old School United:
http://www.dafont.com/old-school-united.font

It has more than 350 letters, so you will be able to use it in French, Spanish, Swedish, Icelandic, Polish, Lithuanian, Latvian, Romanian, Serbian, Russian, and so much more!

This font is free for personal use. You can buy the commercial license here:
https://sellfy.com/p/bfAZ/

The preview picture was originally taken by Januszek, and can be found here:
http://www.sxc.hu/photo/1018520 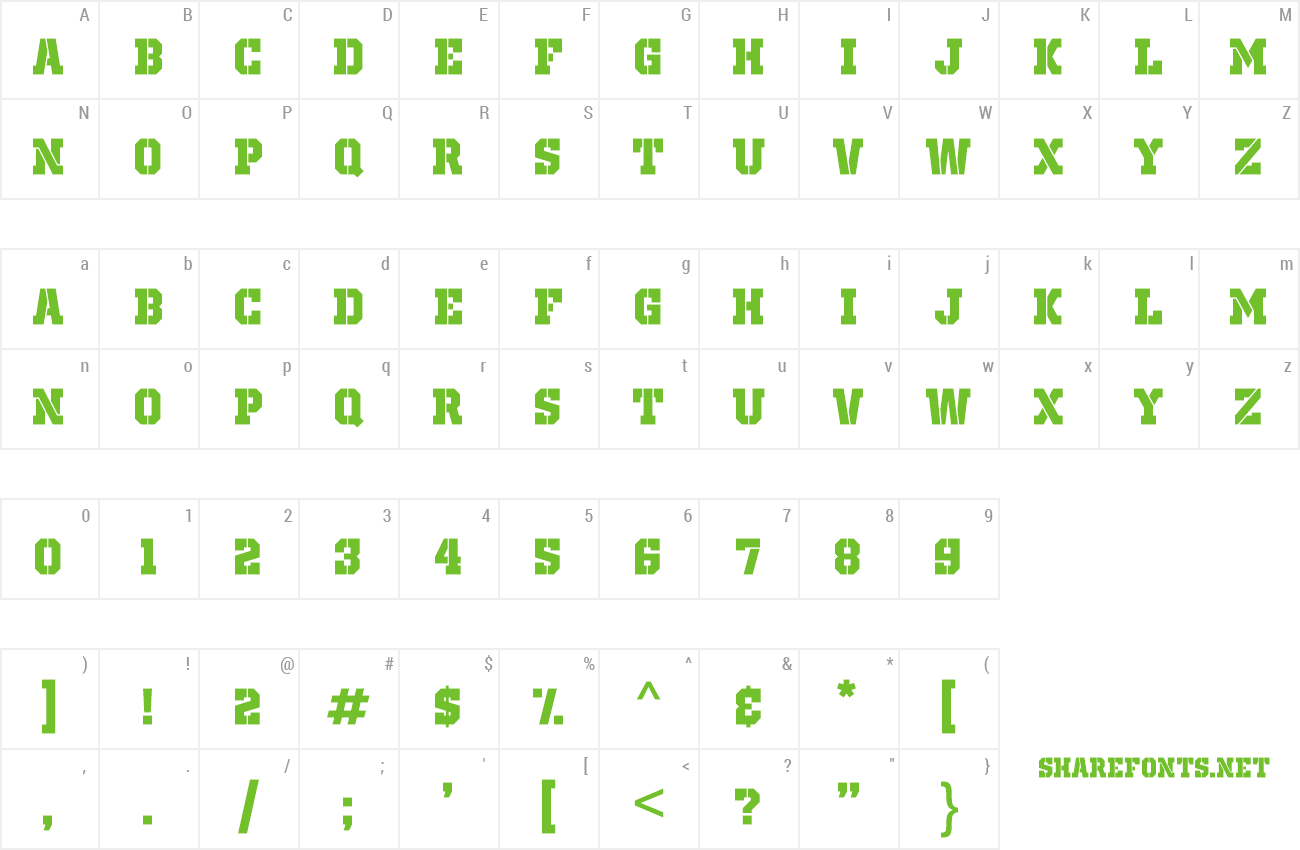