Panfleta Stencil is a rounded typography sans serif, template style with geo-grotesque modulation, condensed, with short descending and ascending above the height of capitals and a high height of the x to compose very legible texts in small sizes. The round finish of the corners bring personality and warmth to the pure geometric development of this typeface. The careful study of the metrics and the meticulous configuration of the Kerning make a set of reliable fonts for use in both editorial design and advertising.

The inspiration for this family of fonts comes from the old pamphlets and political propaganda posters of the early and mid 20th century, in this case the stenciled design adds industrial, military or commercial connotations being perfect for the design of posters, packaging or advertising .

The typography is composed of 7 styles, from the finest (Extra Light) to the thickest (Extra Bold), all of them specially designed for advertising and editorial composition, behaving seriously in paragraph texts as well as in big headlines.

In the complete font package I include a version in the "Variable font" format for use with Adobe CC 2018. 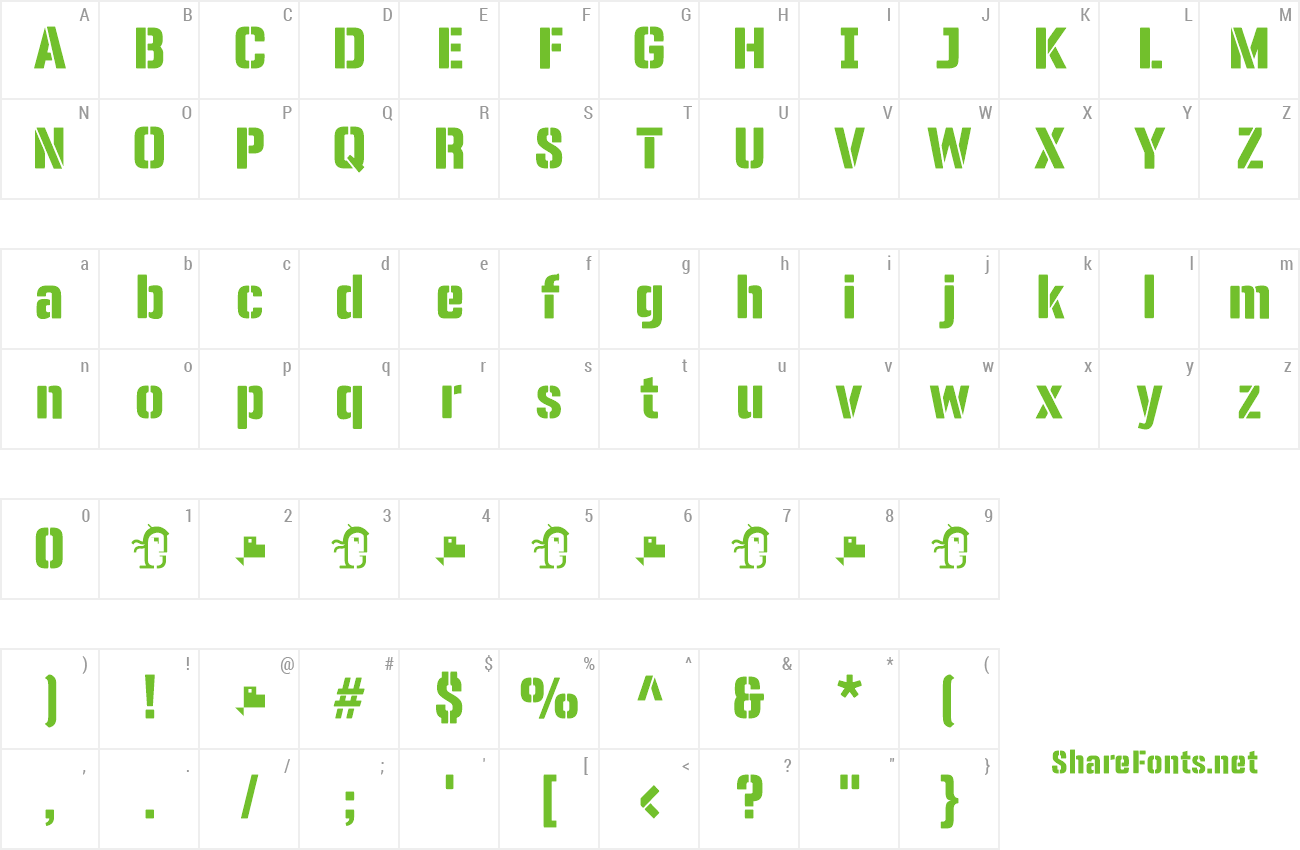