new addition:
Armenian alphabet
modification of "l low case", "1", "&" and others
The name has changed, because I'd problems with the old name. So, it will be called "Sprite Coder"

The font will had new glyphs later.
Enjoy with this font! 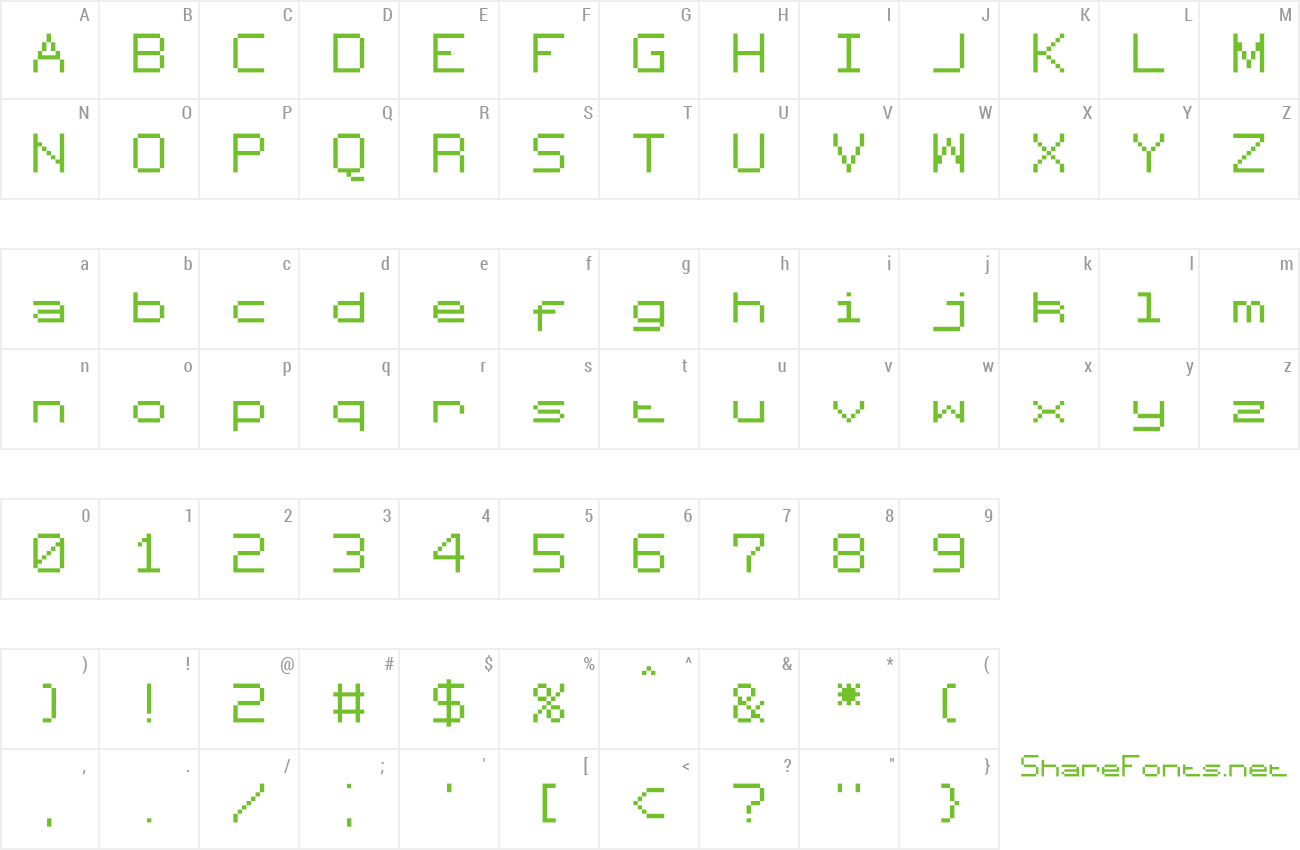