WWareTypeA is a playful, proportional sans-serif font recreation based on an original pixel font appearing in the game WarioWare: D.I.Y., which was developed by Intelligent Systems and Nintendo SPD, and released by Nintendo for the Nintendo DS in 2009.

The character set of this font was notably expanded with additional special characters, diacritic variants, unique glyphs and the like, each one of them designed to match the spirit and style of the original font design. 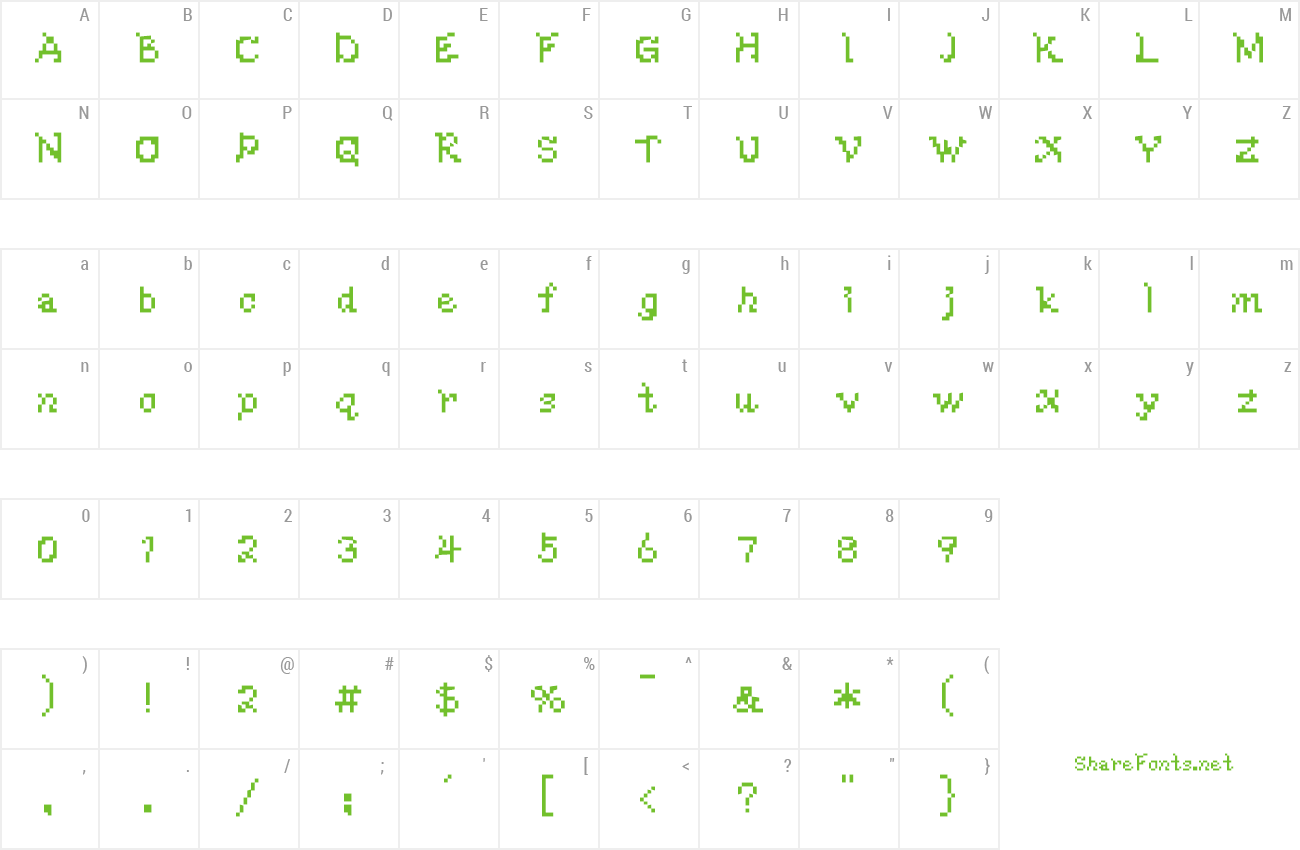