The original glyphs supplied by the on-line Elven Kingdom of Ar�thane (
http://www.angelfire.com/rpg2/vortexshadow/arethanehome.html; follow the link to the Elven Alphabet and Dictionary) were very rounded in appearance; this version tries to match more closely the spiky look of TSR's Drow Runes. The Ar�thane character mapping was extensively modified and a large number of glyphs added (digits, punctuation, etc.).

The term Drow originally designated a tiny elf which lived in caves and forged magic metal work (Scottish mythology). The term was used by E. Gary Gygax and TSR to designate an underground dwelling, chiefly evil branch of the elves --and this is the version that took hold of contemporary imaginations. The terms Drow and "Dark Elf" are interchangeable.
http://www.bigfoot.com/~D.U.ThibaultNOTIFICATION OF LICENSE AGREEMENT

You may freely copy and distribute this typeface --in fact, you may not charge a fee for doing so-- as long as it has not been tampered with (for conversions to other formats, contact me). You may not copy parts of this typeface (such as glyph contours) without including an acknowledgement in the finished product. You may use this typeface in a finished product (printed matter; electronic image; multimedia, television or cinematographic work of some kind) as long as an acknowledgement is included. All I ask for is recognition. 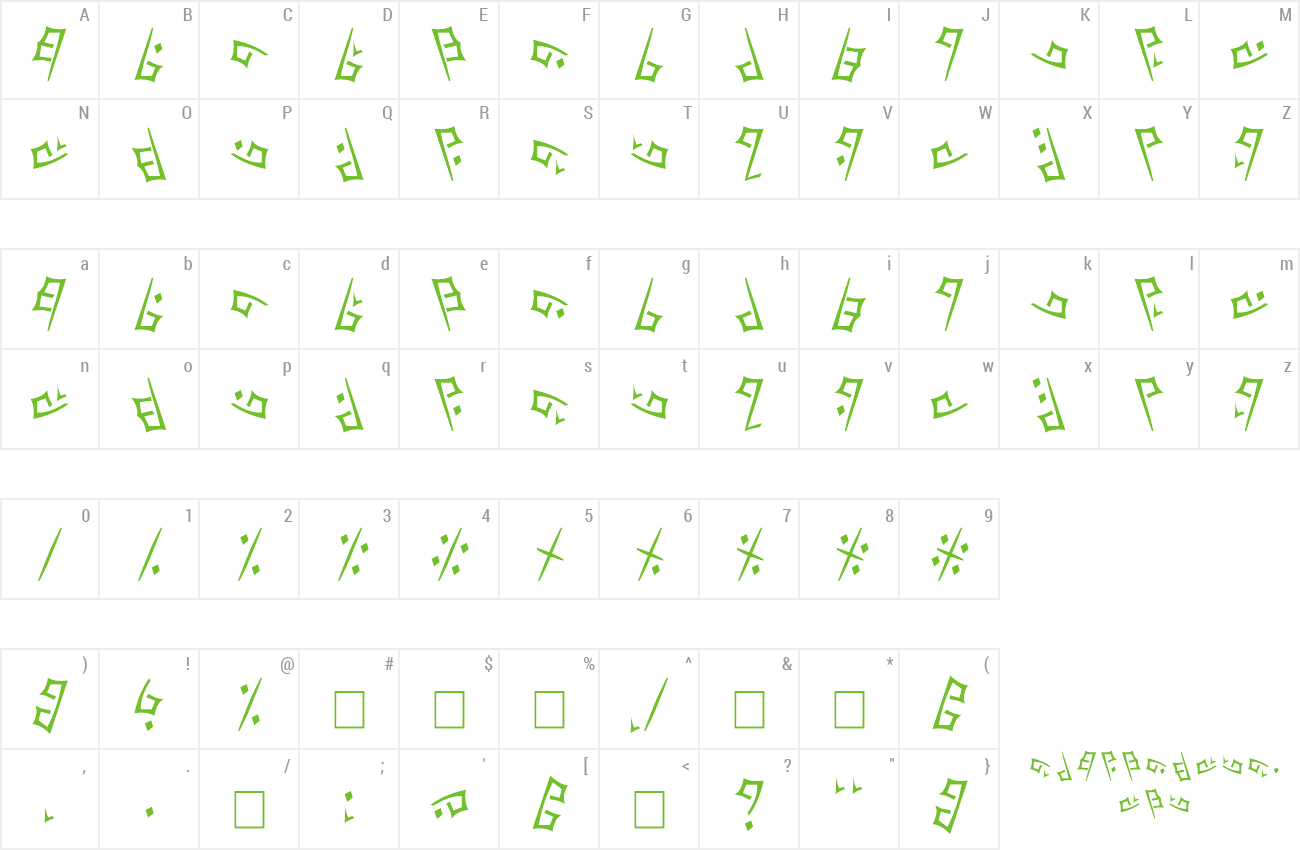