A medieval (circa XIIth-XVth century) occult script derived from Hebrew. The French name means "Passing the River" and is probably an allusion to Deuteronomy, Chapter II, Verses 13-16, where Moses leads Israel across the river Zered into Canaan. With the Celestial and Malachim/Angelic/Royal scripts, it forms the Seraphic family of scripts. It is currently used by some Wiccan practitioners.

You may freely copy and distribute this typeface --in fact, you may not charge a fee for doing so-- as long as it has not been tampered with (for conversions to other formats, contact me). You may not copy parts of this typeface (such as glyph contours) without including an acknowledgement in the finished product. You may use this typeface in a finished product (printed matter; electronic image; multimedia, television or cinematographic work of some kind) as long as an acknowledgement is included. All I ask for is recognition. 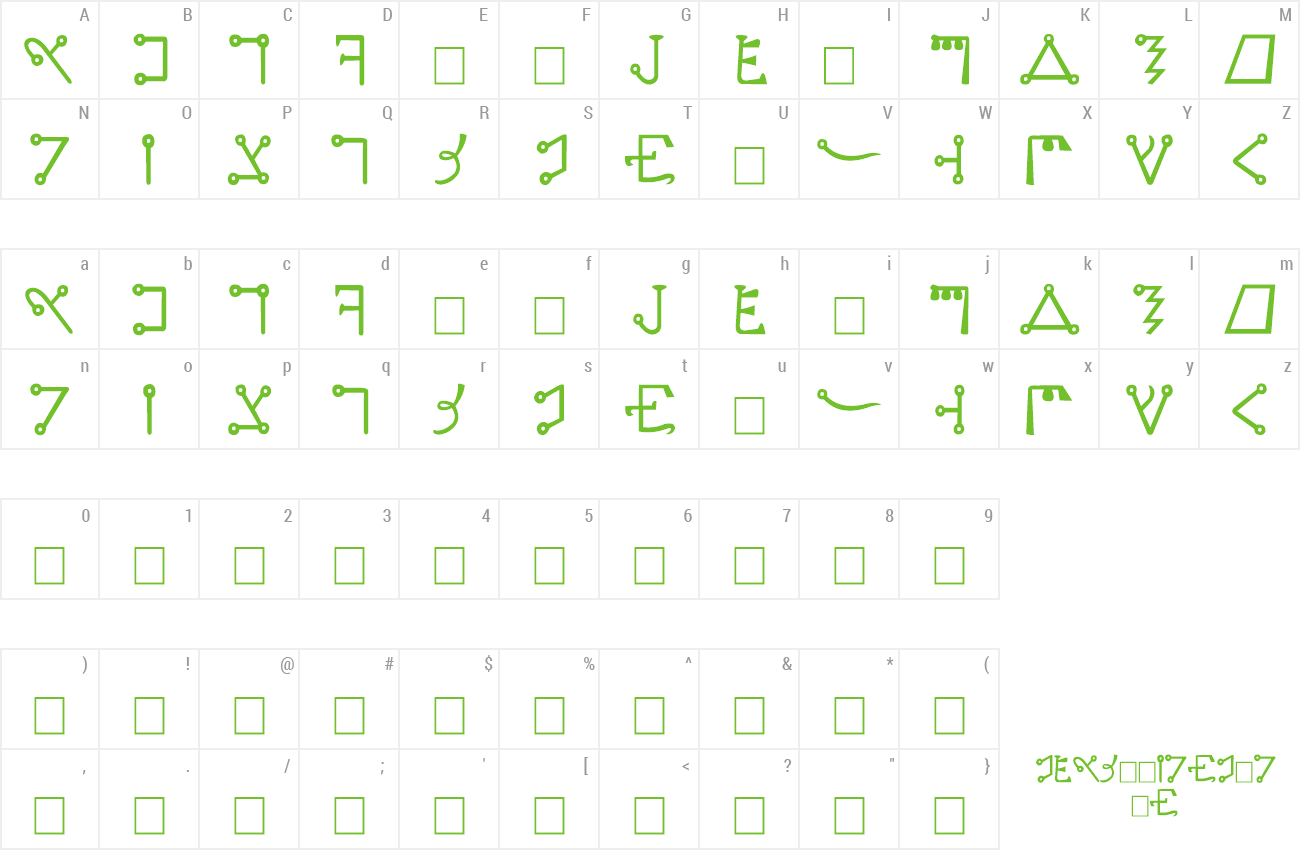