Etruscan mid/late BoldBoldEtruscan mid/late 1.0 Bold gzbEtruscan mid/late BoldV 1.00; June 6, 2001EtruscanMLBgabor z bodroghyEtruscan mid/late script has derived from Greek 'Model Alphabet' in the 7-th Century BCE, itself being developed from the Phoenician script. It was a direct predecessor of our modern Roman script. The here presented alphabet was used from the 4-th till the 1-st Century BCE by the Etruscan people of Etruria (modern Toscany in central Italy). Samples for this Font were taken from the 'Liber Linteus' (the only remaining linen book from pre-Roman times), the most significant document written in Etruscan language. Its flow was from right to left.
http://people.enternet.com.au/~gabor/etrusk/default.html[email protected] 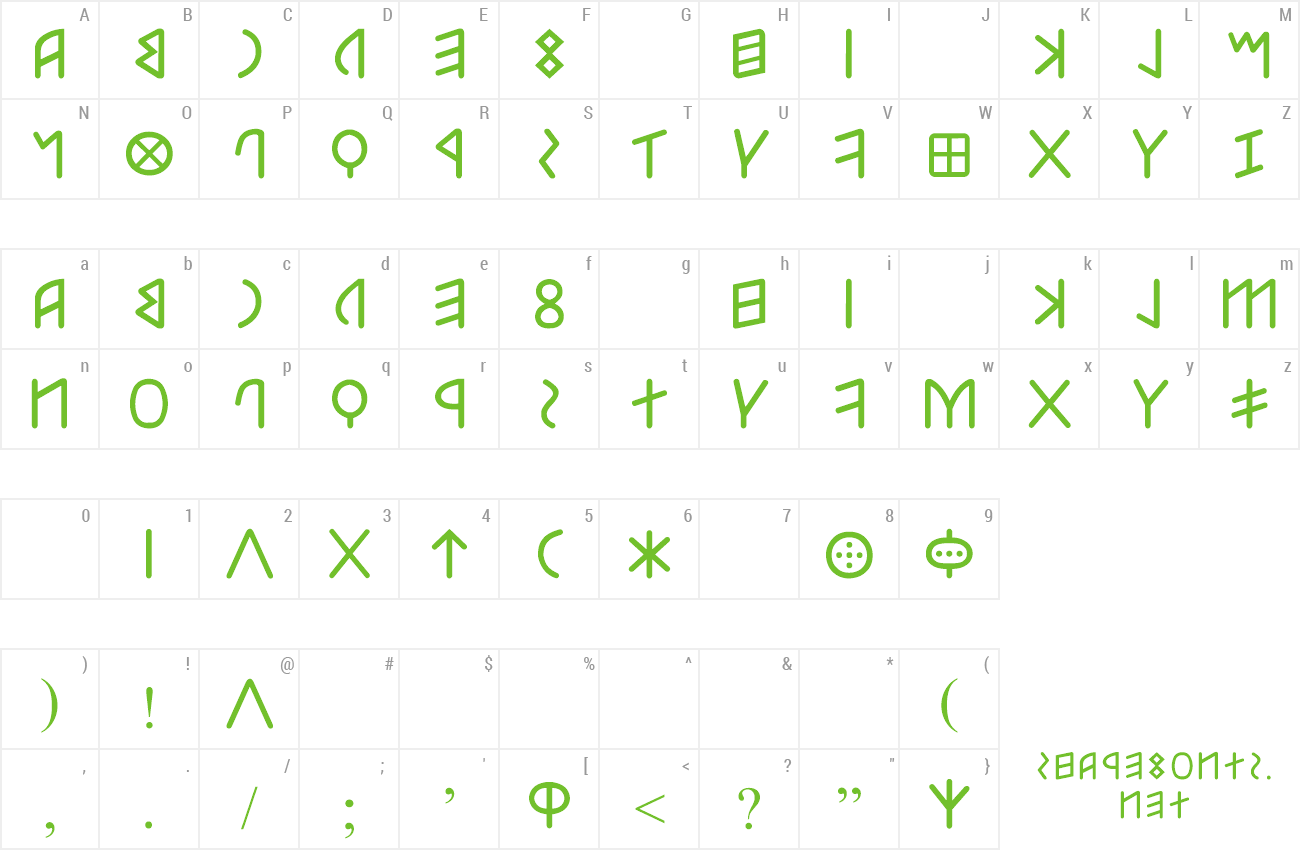