The upper-case characters are the graven, angular version of the script; lower-case is the written, rounded version (this forces some odd mappings for the non-character symbols --see below).

You may freely copy and distribute this typeface --in fact, you may not charge a fee for doing so-- as long as it has not been tampered with (for conversions to other formats, contact me). You may not copy parts of this typeface (such as glyph contours) without including an acknowledgement in the finished product. You may use this typeface in a finished product (printed matter; electronic image; multimedia, television or cinematographic work of some kind) as long as an acknowledgement is included. All I ask for is recognition.zis iz khemitik hieratik, �itch iz rit�n fonetikali! 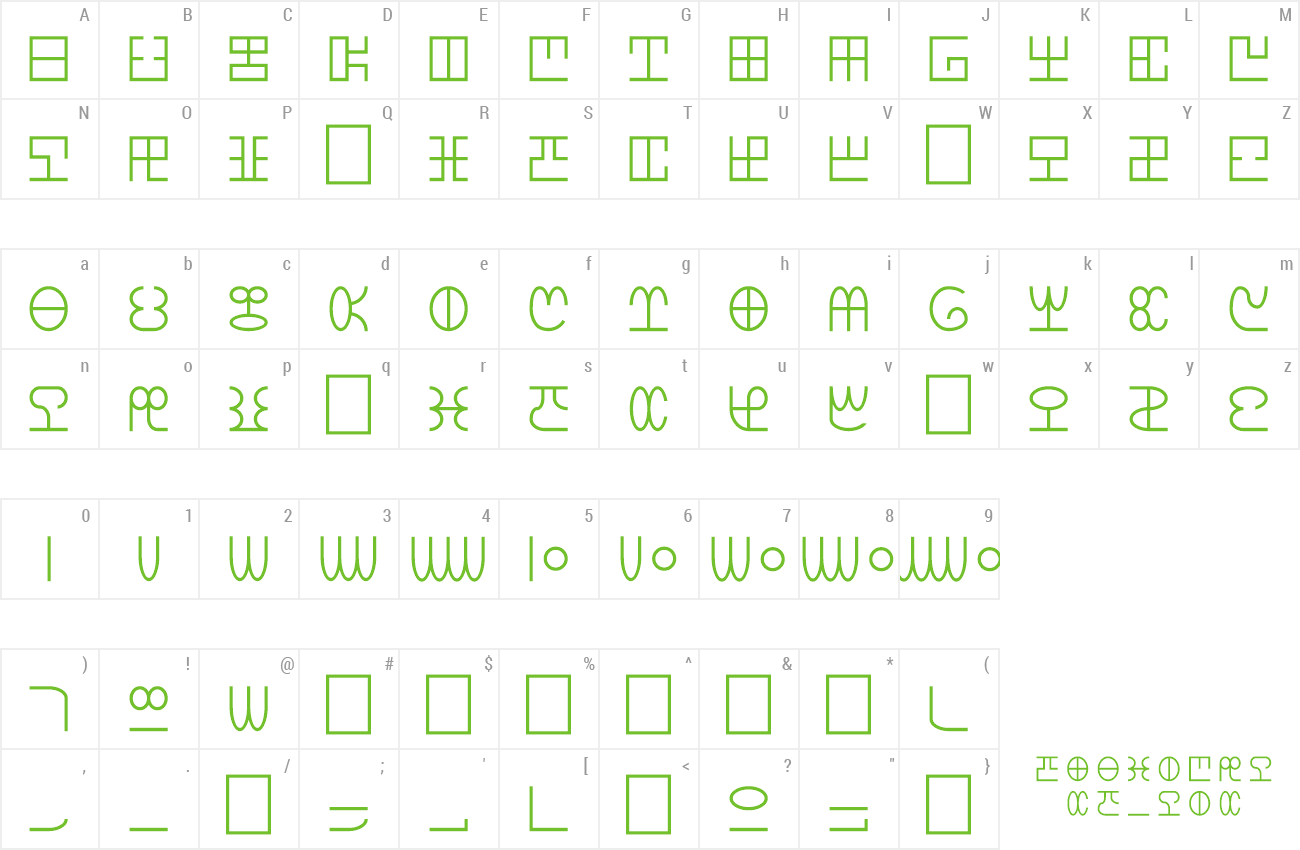