� 1998 Letters From The Claw. The Son of the Curse of this font MUST BE DESTROYED!!

The Empire Of The Claw

Monsters Attack!.TTF � 1998 Letters From The Claw Version A.D. 1972 (Boris Karloff Edition) My finest effort to date...and yet, like Frankenstein's, my creation is flawed...so this first run at Monsters Attack! will be known as the Glenn Strange Edition...when I get some perplexing spacing problems worked out, that version will be known as the Boris Karloff Edition. But for the moment, we'll have to be content with the workmanlike horror of Mr. Strange. The font does contain some punctuation: !$&,.-+=? as well as the following dingbats, taken from black-and-white illustrations advertising those ultra-cool Aurora Famous Monsters model kits! % - Frankenstein * - Frankenstein Amok [ - Creature From Black Lagoon ] - Mummy ^ - Big Frankenstein _ - Hunchback ` - Dracula { - Godzilla | - Phantom of the Opera } - King Kong This font is freeware and may be redistributed at will, but be aware that it's not the most stable font in the world right now. It did install on two of The Claw's PC's with no obvious problems other than that annoying spacing issue. You should probably include this readme file with this font, considering it's volitile nature. For more horror fonts, strange horror comix and general fun, visit the Empire of The Claw:
http://www.mysite.com/empire As Glenn Strange would say, "Aaaaarrrggghh!" The Claw [email protected] 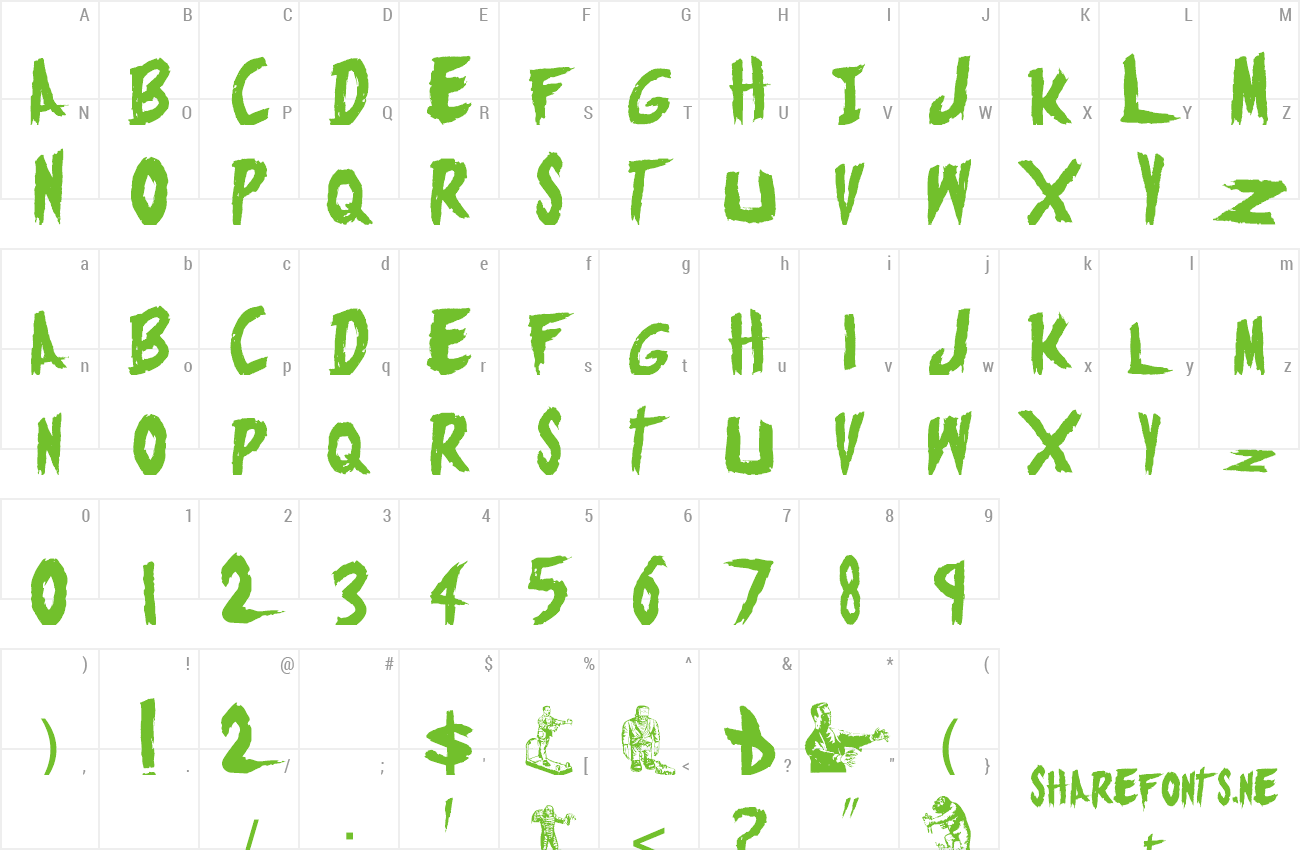