ZUECOS (Spanish for �clogs� or �wooden shoes�) is my completely redrawn version of �Italian� which I found in Specimen of Leavenworth's Patent Wood Type Manufactured by J.M. Debow. (Allentown, New Jersey, n.d., but probably 1840s). It is online at the NYPL.
I named this font ZUECOS because of the juxtaposition of very thick slab serifs and their triangular spurs, with comparatively thin horizontal stems. These shapes reminded me of the shoes commonly worn in Mexico by young and old. For example, rotate �L� to the left 90 degrees and, �ya esta!, you have a zueco in profile. ZUECOS is an all caps, bold display typeface suitable for use in Old West and Mexican inspired designs, or in a strongly right-angled geometric design.

This font lent itself to ligatures, so I made quite a few. In addition, there are 29 useful symbols, including arrows, currency, some mathematics, a pilcrow and the like.   More... 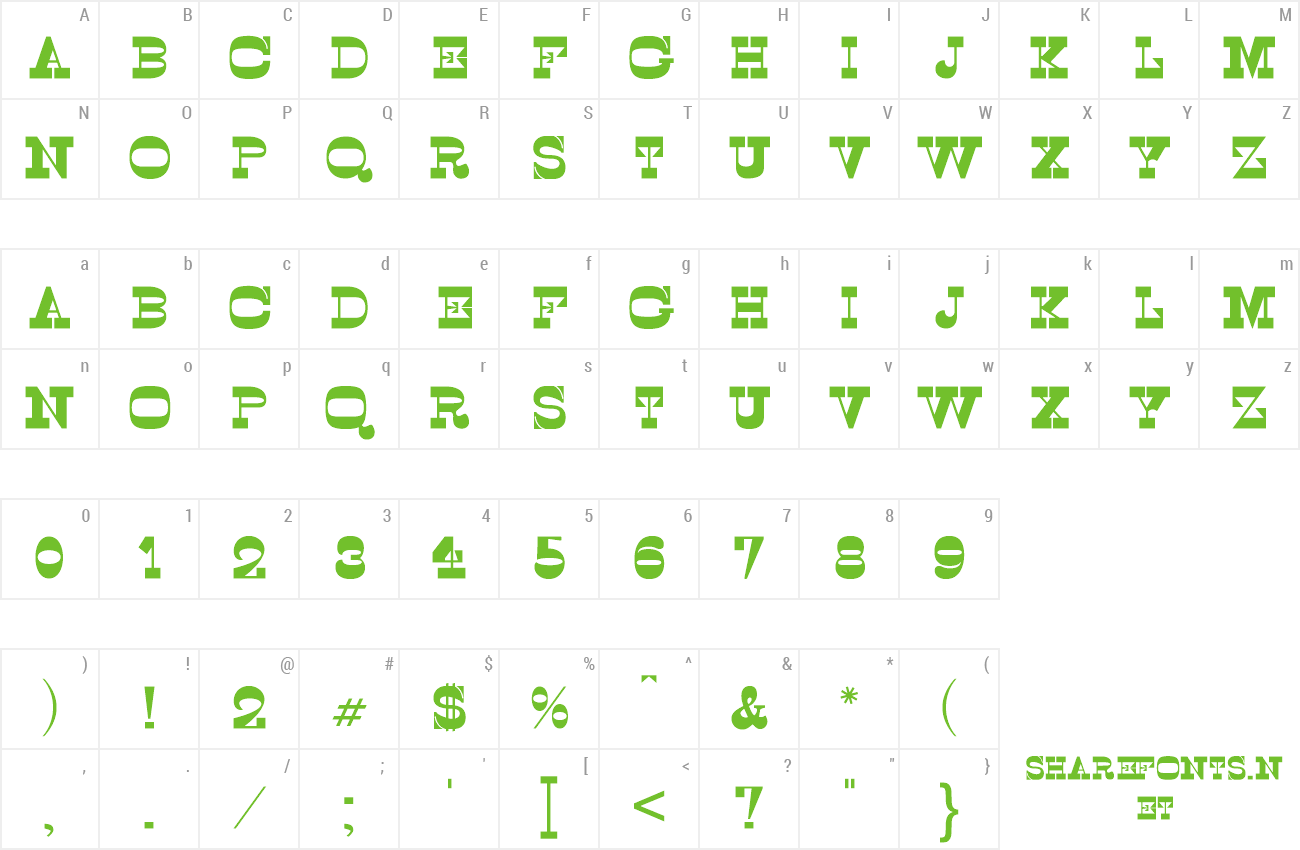